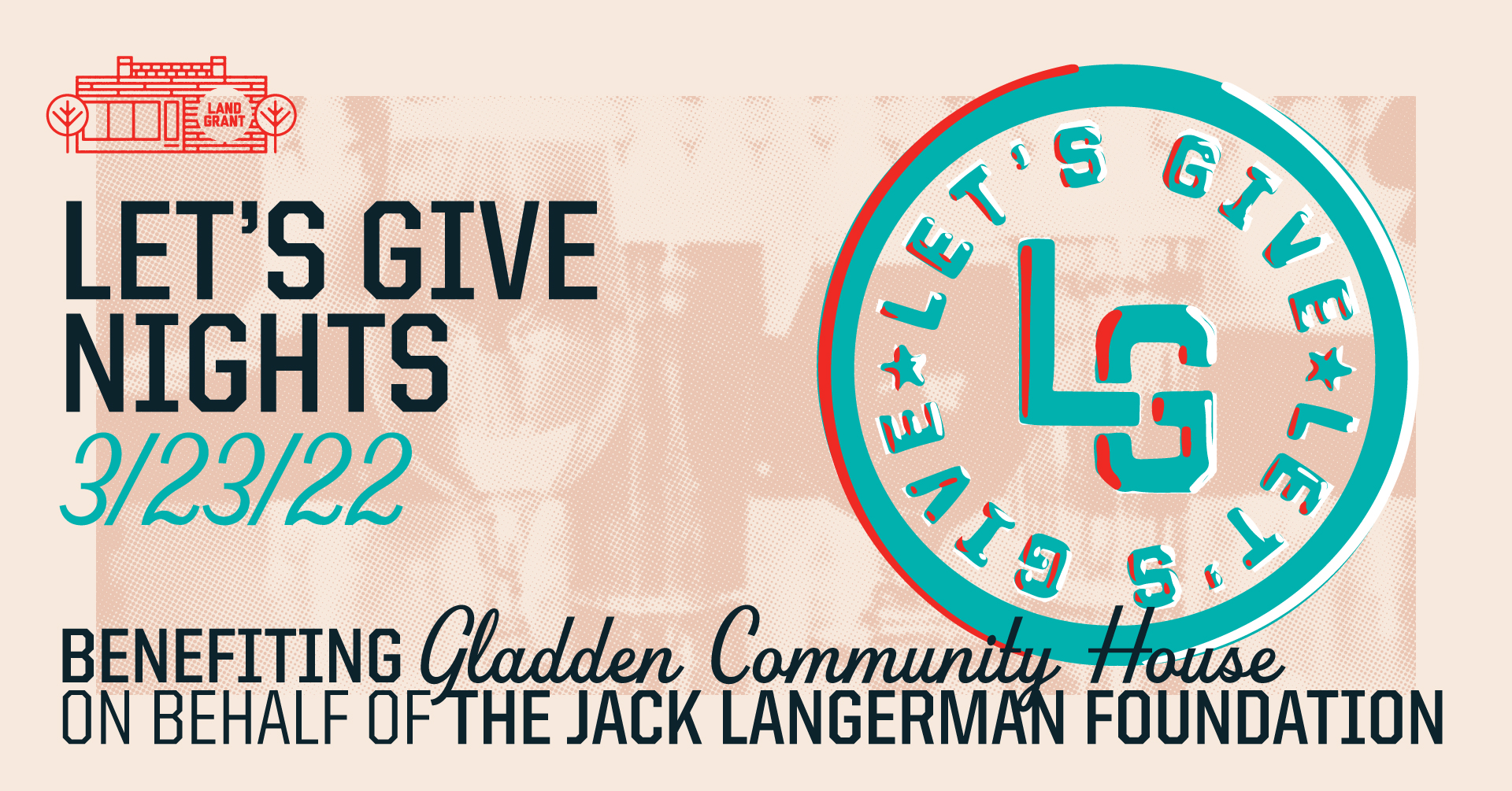 More About The Jack Langerman Community Foundation & Gladden Community House
Jack Langerman deeply loved and was profoundly influenced by the many communities of which he was lucky enough to be a part during his far-too-short life. These communities played an outsized role in shaping Jack into the exceptional young man he became, and it is the goal of the Jack Langerman Community Foundation to give as much back to them as they gave to him – and then some. With that as its guiding principle, the foundation’s hope is that Jack’s legacy will endure in part by ensuring that the institutions, organizations, people and places that shaped Jack continue to shape others just as profoundly.

About the LG Let’s Give Program:
Community is at the heart of everything we do at Land-Grant, which is how our “Let’s Give” program was born. Our LG Let’s Give Nights are designed to highlight a local non-profit partner by bringing awareness to the organization, celebrating its community, and supporting the non-profit with a monetary donation. We host these fundraisers at our Franklinton taproom and donate a portion of the entire day’s proceeds in support of the featured organization.