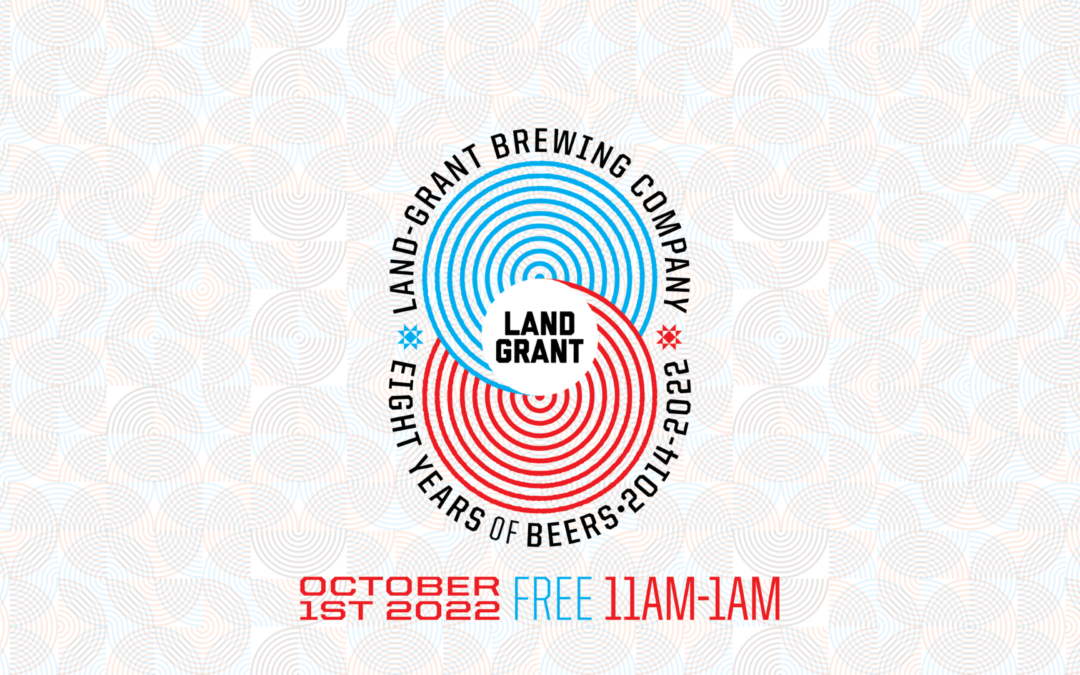 In celebration of our eighth anniversary, we are throwing an all-day festival filled with great beer, live music and community on Saturday, October 1 in our Beer Garden, Taproom and Brewery!

“The anniversary party is my favorite day of the year at the brewery.It is the culmination of all the hard work that has gone into the past year, and the opportunity to celebrate with the staff, family, friends, and the community that has supported us over the past 8 years. It is also one of the rare opportunities we get to take a step back and realize how far we have come along the way.”

Doors to our LG8 Anniversary Party will open at 11:00 a.m., as the live music festivities kick off with two family friendly performances by kid’s rock-and-roll band, The Shazzbots, starting at noon. Dead Revival, a Grateful Dead tribute band, will take the stage at 3:00 p.m., followed by the Inner City Blues Band at 6:00 p.m. and Parker Louis & Friends at 8:00 p.m. The evening’s entertainment will culminate with The Freshest Events’ All Are Welcome D.J. series featuring DJ O Sharp and Friends, starting at 10:00 p.m.

“Our brew team took a look back through the archives, and selected six legacy-edition recipes to brew up and bring back for a very limited release as part of the celebration,” Benner said. “Once we locked in the line-up, we knew folks would be excited to see several of their classic favorites back in the mix, and decided a variety pack was the way to go.”

These six returning beers will not only be available in the variety six-packs for carryout from the taproom (retail: $14.00), but also will be available on draft in extremely limited quantities during the anniversary party. We plan to release a comprehensive list of additional beers – including new releases and a variety of “one day only” beers – that will be available at the anniversary celebration alongside these classic recipes during the week leading up to the event…so stay tuned!

As always, our LG8 anniversary event is free and family-friendly until 8 p.m., after which guests must be 21 years of age or older. For additional information, pop over to landgrantbrewing.com/LG8.