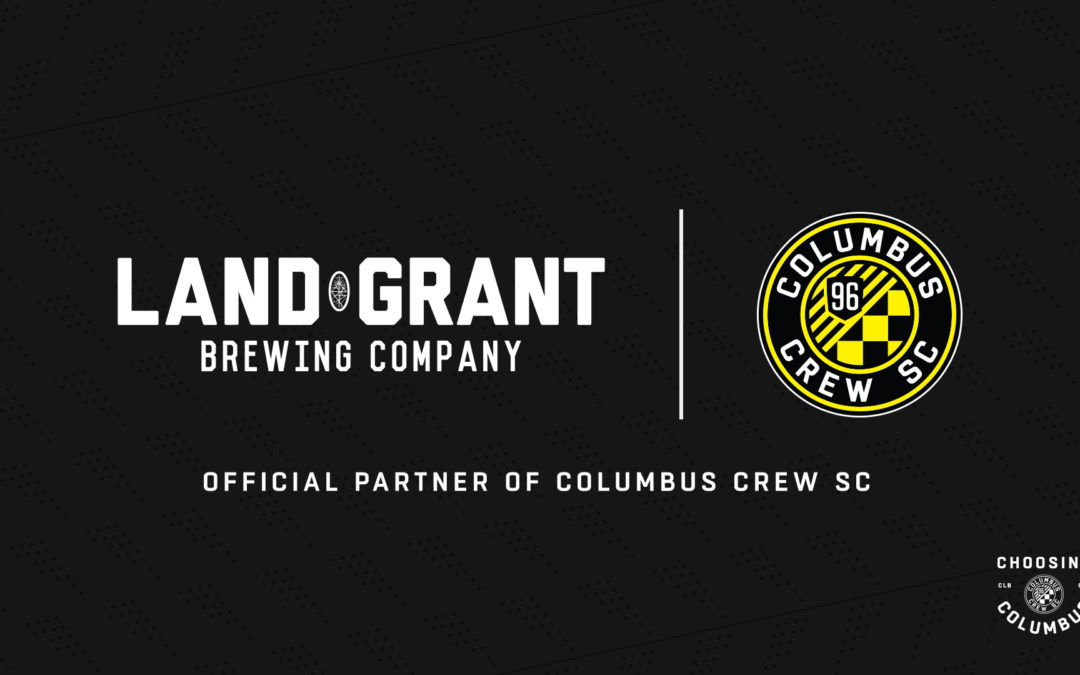 We are proud to announce that we have entered a new, multi-year partnership with Columbus Crew SC. The agreement, which includes the continuation of brewing a Columbus Crew SC Supporter Beer, proudly marks our sixth season as an official partner of the club.

In addition to the Supporter Beer, the agreement includes a standalone Land-Grant Brewing Company bar in New Crew Stadium, as well as several collaborative components and events with Columbus Crew SC, details of which will be revealed nearer to the opening of the stadium in July.

“We can’t wait to be part of the New Crew Stadium experience; as Columbus Crew SC’s first local brewery partner, our roots in this relationship run deep,” said Land-Grant President and co-founder Adam Benner. “Our brewery has grown alongside the Crew’s success over the past six years, and we are thrilled to be a part of the direction that the leadership is taking the club.”

“The Crew has been a great collaborative partner throughout the years, giving us the creative freedom to explore how to make the partnership mutually beneficial,” Land-Grant Creative Director and co-founder Walt Keys added. “It’s been a great opportunity to reflect on where we’ve been as a brewery, where the Crew has been as a club and to look ahead at how we can continue to evolve and grow together.”

“We are excited to continue the incredible partnership we have enjoyed with Land-Grant,” said Crew SC Executive Vice President & Chief Business Officer Steve Lyons. “Over the last six years, Land-Grant has become an integral part of the club’s supporter’s culture and our community’s DNA. We are thrilled to grow our relationship with Land-Grant as we elevate the authentic match day experience at our new downtown home.”

In celebration of our continued partnership, we’ve teamed up with Columbus Crew SC for a giveaway!
Fans can enter for a chance to win a tour of New Crew Stadium, a Land-Grant Brewing Company tour and tasting for four people, a customized Crew SC jersey and four tickets to Columbus Crew SC vs. D.C. United on May 8. Enter here: http://bit.ly/lgcrew21b.

Additional details of our Crew SC Supporter beer and other partnership elements will be announced soon across our blog and social media channels, as well as those of Columbus Crew SC.