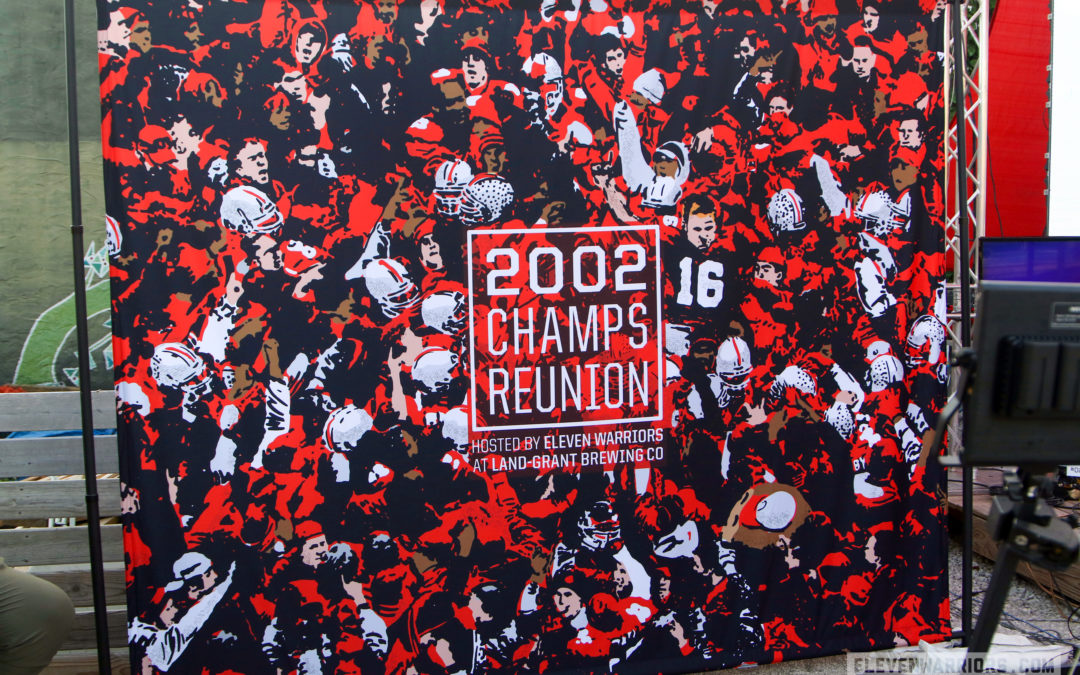 One week ago, the Land-Grant Beer Garden was bursting with Buckeye pride as home to the Eleven Warriors’ 2002 Champs Reunion and Chalk Talk event, which benefited a fund created in honor of the 2002 Championship Team to be donated to Ohio State. While it may go without saying…it was a night we’ll always remember with a team we’ll never forget.

Whether you were at the event and got an insider’s experience with this incredibly special team, or simply cherish the memories of cheering them on throughout their legendary season – we trust that the gallery below, courtesy of team LG and Eleven Warriors, will get your scarlet and gray blood pumping.

If you weren’t able to join us at last week’s event, you can still get in on the celebration of the ’02 Champs with the commemorative Lemon Glow 2002 Edition cans that were released as part of the event. These 16 oz. cans are wrapped in labels that feature seven iconic plays that defined the team’s historic season, and are available to purchase in random assortment six-packs for carryout exclusively at our Taproom – while supplies last. A portion of the proceeds from these commemorative 2002 Edition Lemon Glow beers will also support the 2002 Championship Team Fund for Ohio State.